Art & Culture: The Art of Bob Peak by Thomas Peak 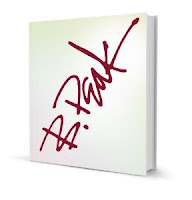 I’ve always believed the experience of moviegoing starts with the poster. A movie’s one-sheet — the poster that hangs in the lobby — features the film’s key art, sometimes a photo collage, sometimes a painting that represents the actors or the action. Whatever the image, the idea is the intrigue. After all, the one-sheet is really just an ad designed to inspire ticket sales.

For me, this experience was never more exciting than when the one-sheet featured the art of a man named Bob Peak. An artist with movie-star looks, Peak worked in advertising and magazines as an illustrator in the 1950s, then began designing movie posters in the early 1960s, most notably for West Side Storyand My Fair Lady.

We're not around right now. But you can send us an email and we'll get back to you, asap.

Join our mailing list to receive the latest art releases, news, and specials from the Bob Peak Gallery and Bob Peak Archive.

You have Successfully Subscribed!